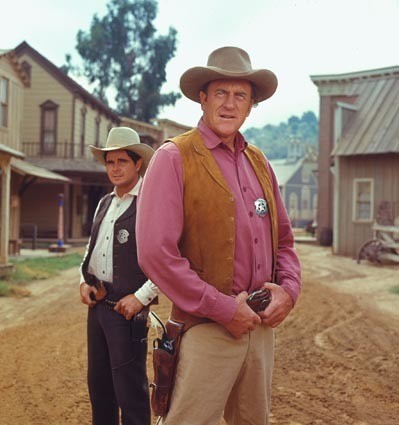 The press office of Congressional Representative Marjorie Taylor-Greene, in clarifying her written statements, has announced that it was Marshall Dillon who she was referring to in her statements to Trump Chief of Staff Mark Meadows following Trump’s crushing loss in his 2020 presidential re-election bid.

Taylor-Greene spokesperson, Frau von Guttschott stated, “Marshal Dillon was hellbent and ready to declare law on Antifa and the radical liberal left but the Honorable Marjorie told him to ‘stand back and stand by’. She was and remains focused on the rule of law and respects all marshalls. And deputies too.”

Leuterers could not confirm that Marshall Dillon had said anything of the sort due to the fact he was a character played by James Arness who passed away in 2011.