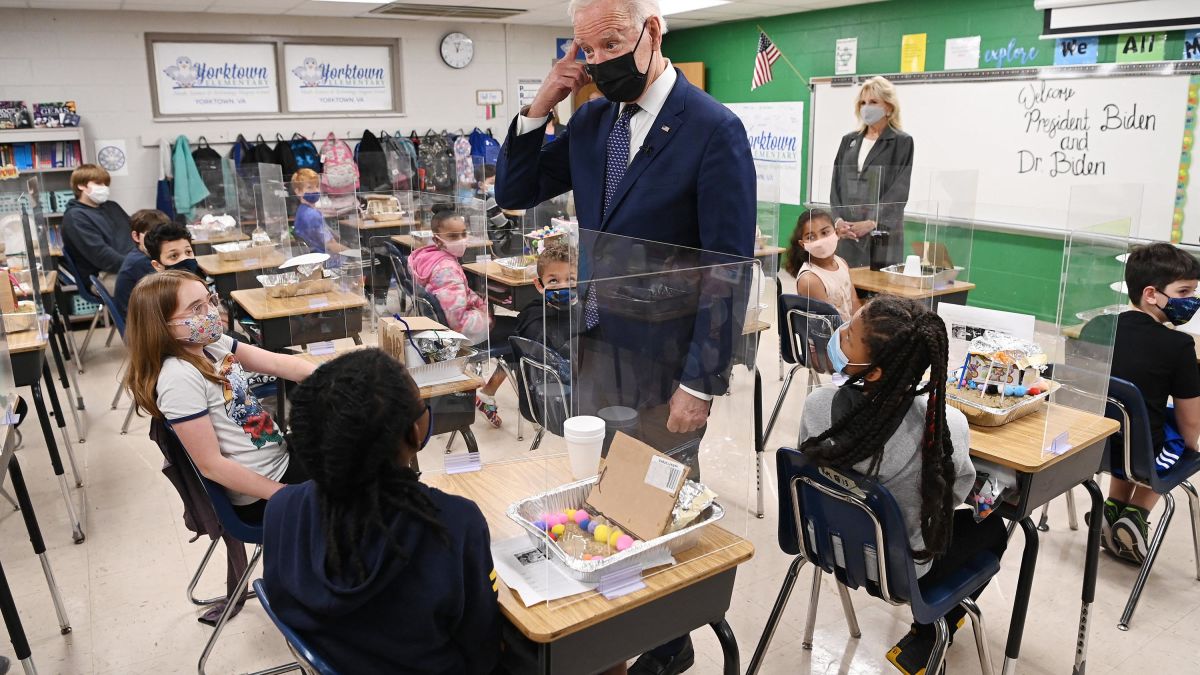 Speaking before a science class at Al Sharpton Middle School in Teaneck, New Jersey, President Joe Biden slipped up and told the kids the Earth was flat. A moment of awkward silence ensued.

Little Joey Johnson raised his hand and said, “Um, I think you mean the Earth is round, don’t you?” Biden slapped his hand on his forehead and said, “Oh yeah man, it’s round, yeah round man. Look, here’s the deal, ever since the Apollo 13 astronauts set foot on the moon, we knew earth was round. That guy, Lance Armstrong, Buzz Armstrong, Buzz Lightyear, oh you know the guy, you don’t need me to tell you. Come on man this isn’t tough to figure out. You kids know this stuff. When that guy took that picture out of the window of Gemini 11 we saw a big blue ball in the sky. That was Earth, fourth, fifth rock from the big hot thing man. Come on kids, you all know what I’m talking about.”

Following class, President Biden’s pony was a big hit with the kids. He got on the pony and the kids led him around the playground.