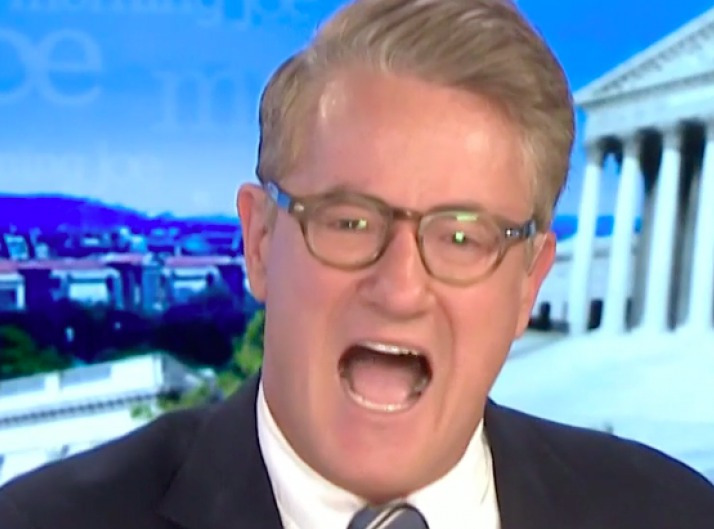 One source who prefers to be identified only as “MB” told this reporter, “I’m really worried this time. Joe has stopped his ranting on the air and at home too. He’s even quit complaining over my constant denials to serve him sausage, biscuits and gravy for breakfast. He calls it his ‘country lawyer breakfast.’ I don’t care what he calls it. It’s terrible for his blood pressure. Sprouted tofu with cubed melon is much better for him. And only one espresso and then it’s decaf the rest of the day.”

MB continued with, “Losing Trump has been very hard on Joe. He has tried hard, much harder than anyone could ever try to find a new villain worthy of Donald but nobody seems up for the job. Joe’s tried Ted Cruz, of course, and Ron DeSantis. And Mitch McConnell but as horrible as they all are none of them can hold a candle to Trump in the villainy department. For a ground breaking progressive political morning news anchor Donald Trump was a dream come true and now that dream has ended and been replaced by the ongoing nightmare, for Joe, of hosting a program which can no longer be founded on Trump hate all the time. You know Joe had considered renaming the program just that, Trump Hate All The Time. But I talked him out of it. I told him our viewers were smart enough to figure that out on their own. And I was right of course. When it comes to Joe, I’m always right. I even have a daily logbook going back five years to prove it. Would you like to see it?”

This reporter stated to MB that while her records sounded fascinating and possibly worth tying into a new and improved female empowerment book it would not be germane to this story to see the logbook.

When asked if and when Scarborough would be returning to the show, MB replied testily, “I really can’t say. He’s currently off the coast of Cuba fishing for marlin, drinking too much and he’s smoking again. That’s what men do, don’t they Weinhard. Don’t play the emotionally removed reporter with me. I’ve heard stories about you and your escapades from your ex-wives. I’ll bet you didn’t know that did you? I know Rachel, Monica and Janine quite well.”

The last exchange concluded the interview and on edit this reporter is certain his source must have had him confused with another reporter by the name of Panther Weinhard.