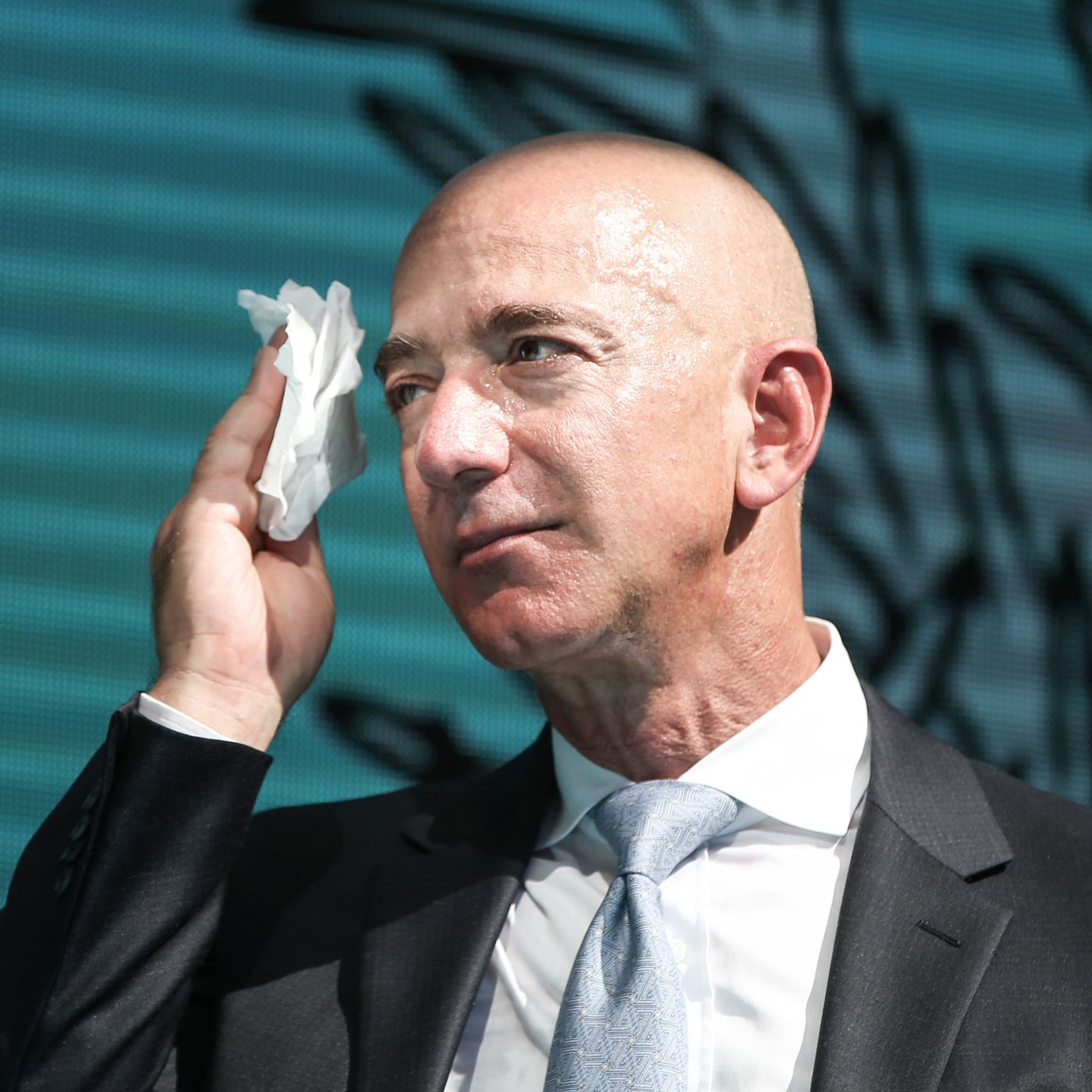 Seattle man Ted Johnson has assigned blame to Amazon overlord Jeff Bezos for the recent heat wave. When contacted by Leuterers for comment Johnson said, “Heck, everything is Bezos’ fault. I blame Bezos for droughts, blight, sun glare, crop failures, swarming locusts, and the ultimate disaster, the attack of the flying monkeys from the Wizard of Oz.”

When asked to elaborate Johnson said, “Bezos is such a weasel. He’s rubbing that wax all over his bald head while he creates mayhem for the rest of us with all his money. He’s got too much money!” When award winning Leuterers reporter Sid Talmedge pressed Johnson to produce concrete evidence linking Bezos to natural disasters Johnson said, “It’s 2021, I don’t need no stinking evidence.” Johnson slipped out a back door after terminating the interview. Talmedge kept his Sony cassette recorder on as he recorded Johnson running down an alley yelling, “Damn Bezos, damn heat, I hate that Bezos”.