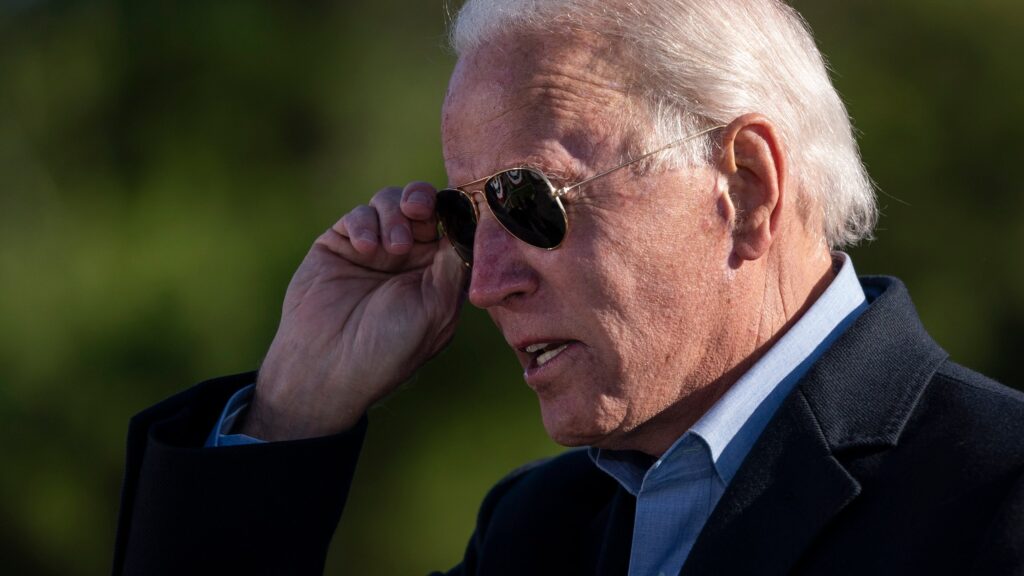 President Joe Biden expressed a desire to announce the details of the infrastructure plan live on the Merv Griffin Show. Biden made the announcement on Monday at a press briefing after wandering around in the White House Rose Garden. Leuterers reporter Victoria Garcia-Bernard pointed out to the nation’s chief executive that Griffin died in 2007. Biden raised his hip sunglasses, frowned at Garcia-Bernard and said “Hey, come on now, let’s get serious. I’m not joking around here. No joke, I love the Merv Griffin show. Merv is a big deal, he’s friends with the Reagans.” Garcia-Bernard asked Biden when he last watched the Merv Griffin Show. Biden said “Look, here’s the deal man, I just watched Merv last week. He had Paula Abdul on the show, no joke. Man, she danced around and sang some songs. What a dancer that Abdul girl is, man I’m not joking around, serious dancing. Then Merv had that other guy on the show. You know what he said, big stuff man. No joke, I’m not kidding around, Merv, you know the deal.” When pressed for details on the plan Biden said “You know the plan, the deal, I negotiated with the congress. Come on man, read the bill, it’s right there, in the plan, you know what’s in it. No joke, not kidding around, it’s big.” Biden, sucking on an Otter Pop, stopped taking questions and walked back into the White House through a side door.